Why is Rihanna so successful? We love this woman. read more here. 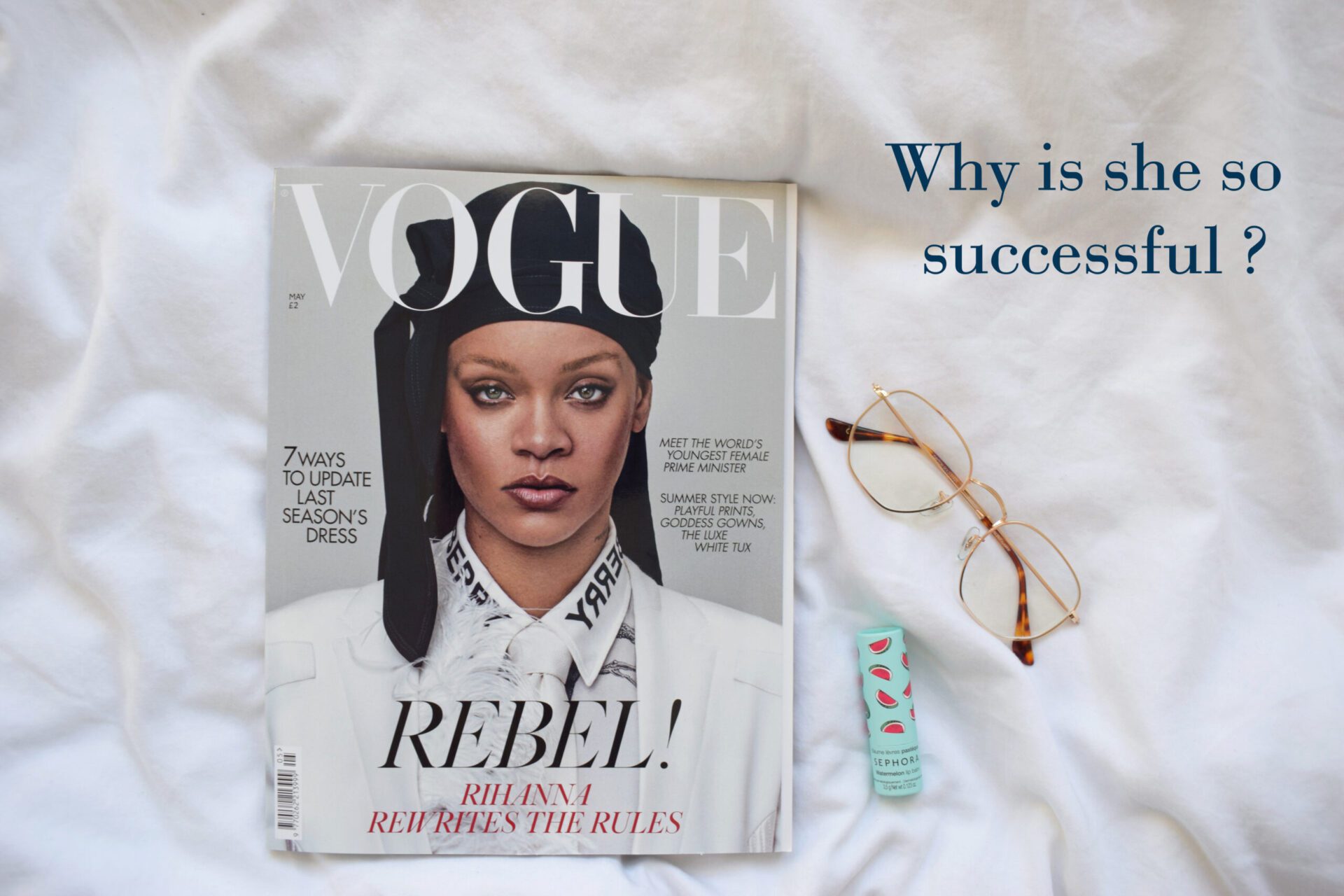 Why is Rihanna so successful?

Rihanna aka Fenty is very successful but how come? What did she do? We love RIRI. Lets have a look at her music and entrepreneurship journey. Is it luck and meeting the right people or is Rihanna a born Entrepreneur?

We love this woman and we are curious about her entrepreneurship lifestyle. Iammandyb is not only about fashion & beauty, but also about lifestyles and entrepreneurship. Its an allround blog.

Robyn Fenty, aka Rihanna, has become the wealthiest female musician on the planet. With more than 100 million singles sold, she bursts out as the queen of the pop charts. She has won 234 awards, including 9 Grammy Awards. Neither Rihanna plays real instruments nor writes her own songs but keeps the world inside her pocket. How? Let’s break down how she has grown in her over a decade career.

Though Rihanna entered the music industry early in 2003 with her two school friends, she debuted a single with Pon de Replay. It was heavily inspired by Beyoncé’s Baby Boy with Jennifer Lopez and Madonna’s DJ-request anthems “Play and Music,” respectively. Fortunately, that single was sold in 2 million copies, peaking at No 2 on the Billboard singles chart in 2005. The same year, Rihanna released her first album, “Music of the Sun,” which featured “If It’s Lovin’ That You Want” and touched No. 10 on the Billboard albums chart. She brought about her second album, “A Girl Like Me,” the following year, generating two significant hits, “Unfaithful” and “SOS,” that became Rihanna’s first No. 1 single.

Rihanna began to show her staying power in the industry, bringing past pop references and samples cleverly into her songs. However, it is clear that neither she wrote the songs such as SOS, Shut Up, and Drive, nor Don’t Stop the Music, which features a snippet from Michael Jackson’s song “Wanna Be Startin’ Somethin’.” This way, she widened her audience demographically by retaining the 80s nods in her songs.

Rihanna may have ended her career as MTV was marching their support for her. But, Rihanna utilized the power of music videos anyway. She navigated a transition from glossy-lipped teen in pedal pushers to boldface. In about eight years, she appeared as a chained-up spider lover, smoke-machined stripper, and Slash impersonator. Britney Spears, Michael Jackson, and Christina Aguilera had already shifted from sweet kids in the public eye to adults and brought considerable success. However, Rihanna did not find any clue of commercial success or lead to a major meltdown. A small group of fans may have liked the pre-Good Girl Gone Bad version of Rihanna. However, she did widen her audience through her undeniable sex appeal in her songs.

Later she grew up as a fashion icon due to her sexualized and idgaf fashion sense. People magazine would label her “risky” and “super-sexy.” Her fashion appearance engages the audience, which has a massive effect on building her as a brand. RIRI is a fashion-icon and she sets the trends. For more riri looks have a look here: stealherstyle.net. For fashion looks, but also make-up looks. She is a rebel and she rocks every look she wears. She wears all kind of brands.

Bonding with Fans on Social Media

Rihanna is aware that social media have enabled pop stars to connect with their fans more closely than before. While other artists post tweets to their press teams and only share impersonal promotional materials, Rihanna has built a brand successfully on giving her followers. So, you can imagine the Rihanna Navy, early access to personal photos, magazine editorials, and song teasers. Social Media for her was not a game but a platform to grow her brand, and this strategy helped her cosmetics business. She has many followers and likes on the platforms Facebook, Twitter and Instagram.

The Success of companies

Besides her music career, Rihanna owns Fenty Beauty, a cosmetics company. According to Forbes, Fenty Beauty is valued at $2.8 billion, giving the “Bitch Better Have My Money” singer’s 50% ownership a $1.4 billion price tag and she is also the owner of the lingery line Savage x Fenty. Both made her a Billionaire. And we love both brands. At least yeah we do. There dope.

She is even richer then Kim Kardashian. Can you imagine?

She launched Fenty Beauty back in 2017, intending to create a cosmetics company that makes women from anywhere can feel included. Fortunately, the business grew to success, helping Rihanna enter the billionaire list.

And what did you thought of Savage x Fenty? Its worth more than 1 billion.

Savage X Fenty is a lingerie brand founded by Rihanna in 2018. It emphasizes confidence and inclusivity and is designed for all genders, sizes and backgrounds. It has not only lingerie, but also underwear, sleepwear and loungewear.

We gonna try out both brands and let you know if they are worth buying. So keep an eye on iammandyb fashionlooks and beautylooks;)

So why is Rihanna so successful? She is talented, she is a great singer, she is loved by her fans, she has many fans and she is an entrepreneur. But she did had luck meeting the right people and being in the right industry. Help from people around here. Building a successful business alone is very hard or lets say multiple businesses. But you can try of course.

Rihanna is a powerwomen, a woman we all should look up to. You go RIRI! We do hope she will do more for women who want to build their own business but are on a Budget. Help other women to the top with their ideas! We all deserve it.

Get her book here! Its a very nice book full of images. A piece of art.

So do you want to become successful on the web? You need a domain name, hosting, a logo and a good WordPress website/blog of course. Here you will good but affordable WordPress designers to give you a good start on the web. Goodluck!

Who is the most famous female blogger in 2023? I would like to say iammandyb, but no im not famous yet. Im working hard...
blogging & influencers

Famous male bloggers. Who are they? We must say: blogging is not only for men or women. Both can do it. But we do...
blogging & influencers

Can blogging make you a fulltime living in 2023? Can you travel the world with this amount of passive income? Goals for me! Googled a...

Who is Sommer Ray and why is she famous?